Copyright:
This is an Open Access article distributed under a Creative Commons Attribution-NonCommercial-NoDerivs 3.0 Unported License. 2018 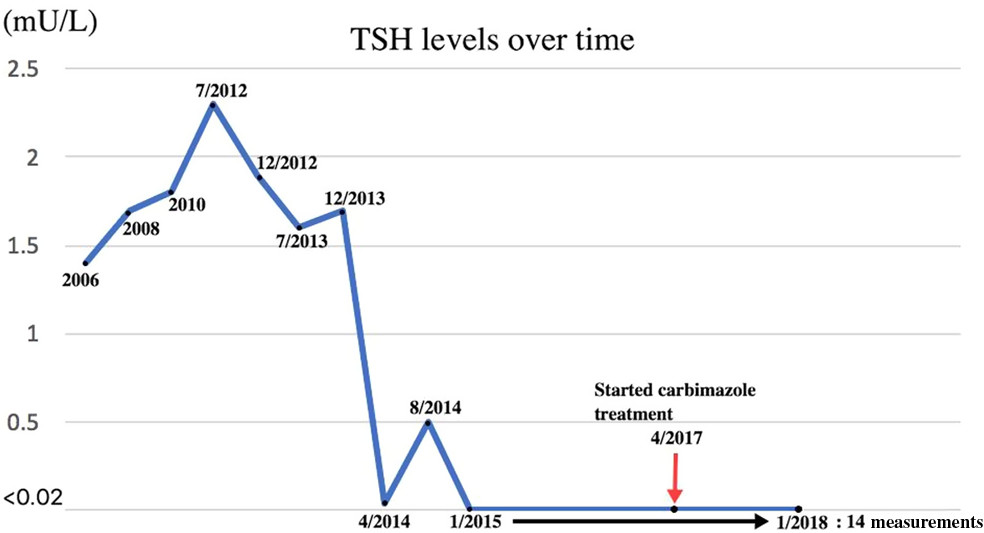 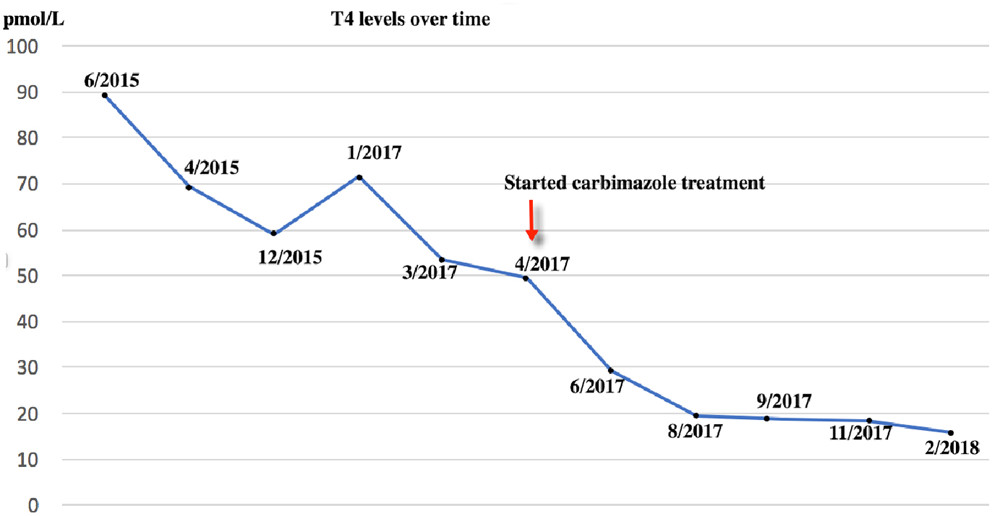 T4 levels over time. She was on a stable dose of levothyroxine of 100 µg since diagnosis, until 2016. In 2016, the GP gradually reduced the dose to 75 µg daily, and then 75 and 50 µg on alternate days. As she remained hyperthyroid, in January 2017, the GP completely stopped the levothyroxine, as the TSH was suppressed and the T4 was 71.5 pmol/L. 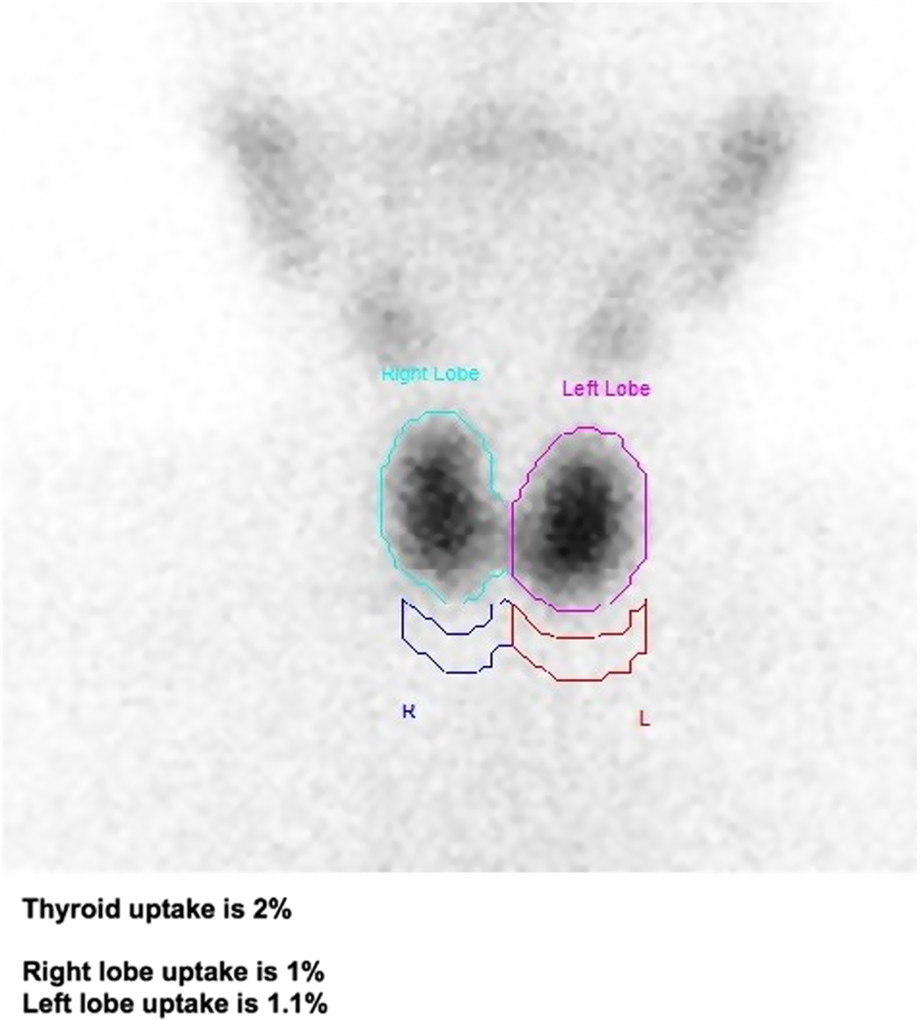 Results of thyroid nuclear scan using Technetium 99m. Diffuse homogeneous uptake throughout both lobes of the thyroid with no evidence of toxic nodule or thyroiditis. These appearances could be suggestive of early Graves’ disease. 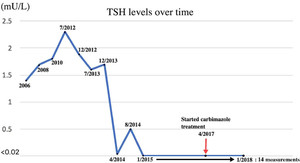 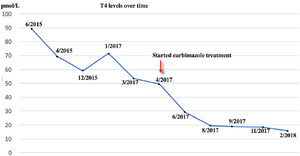 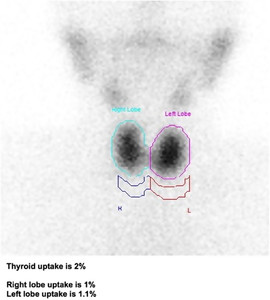