Copyright:
This is an Open Access article distributed under a Creative Commons Attribution-NonCommercial-NoDerivs 3.0 Unported License. 2018

(A) Multiple cutaneous neurofibromata at the back of the patient. (B) Multiple axillary freckles over right armpit. (Pictures were taken with courtesy of our patient). 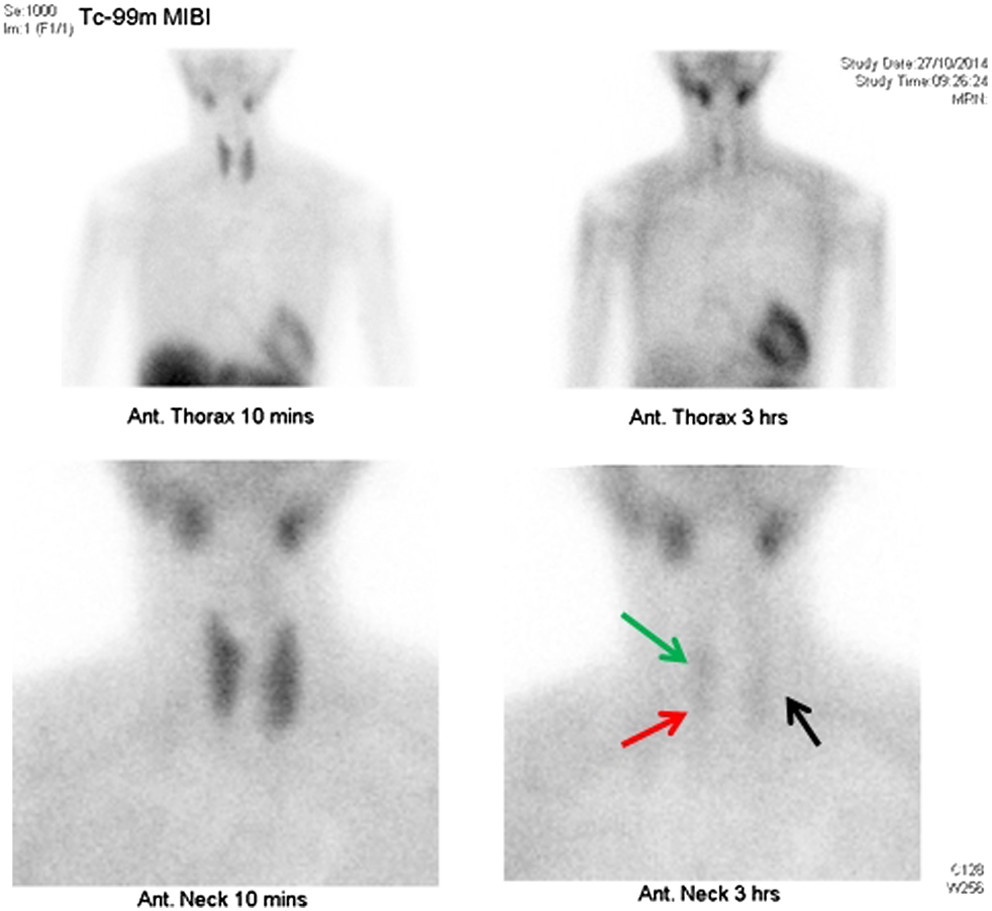 4D-CT of the patient. A 9 × 4 × 15 mm hypodense (39 HU) lesion (red arrow) is seen posterior to the upper pole of right lobe of thyroid. It shows early arterial enhancement (210 HU) (A) and shows washout on venous phase (86 HU). Central hypodense centre and polar vessel sign are noted (B) (blue arrow). Enhancement characteristic and imaging features are in keeping with a parathyroid adenoma.

(A) Pre-contrast scan: a non-calcified hypo- to isodense lesion (*) of 1.9 × 1.1 cm at the region of the left adrenal. Density measured 51.7 HU. (B) Post contrast scan: the density of the lesion measured 103.4 HU at venous phase. The lesion demonstrated delayed enhancement at the central portion, measuring 114 HU. The absolute washout was <60%. 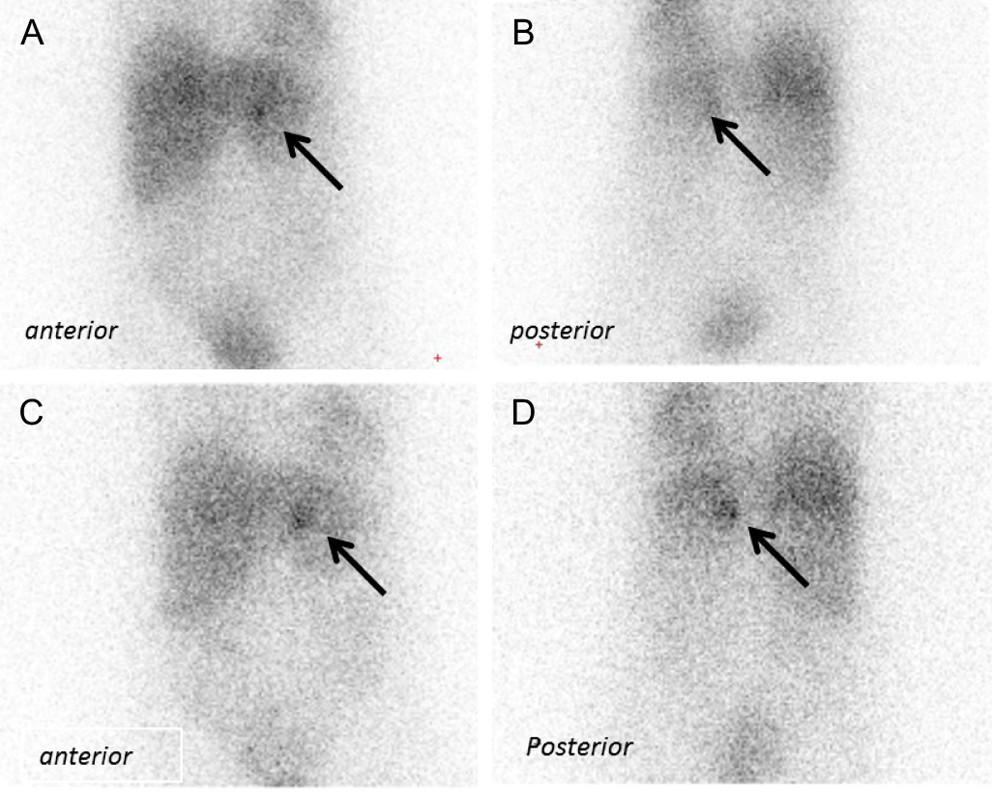 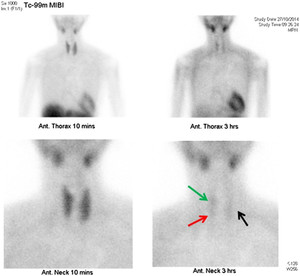 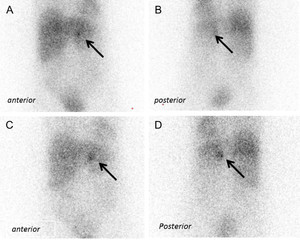