Copyright:
This is an Open Access article distributed under a Creative Commons Attribution-NonCommercial-NoDerivatives 4.0 International License. 2020 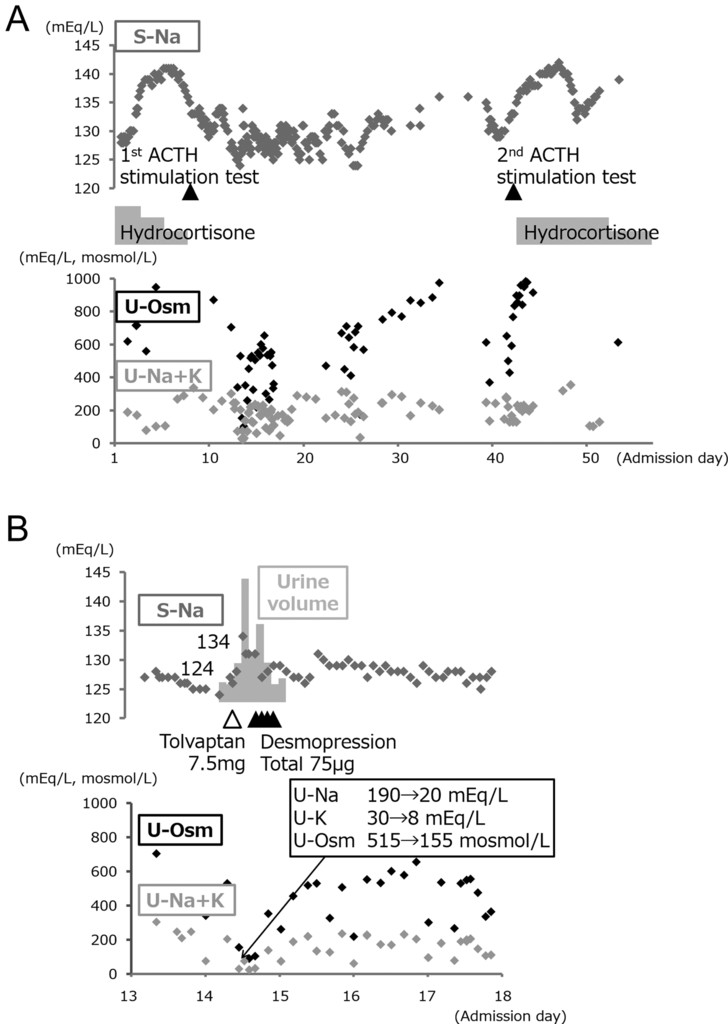 Clinical course of the patient including serum sodium levels, urine osmolality, and the sum of urine sodium and potassium levels (A) through the entire presentation and (B) during the 2 weeks after the consultation. 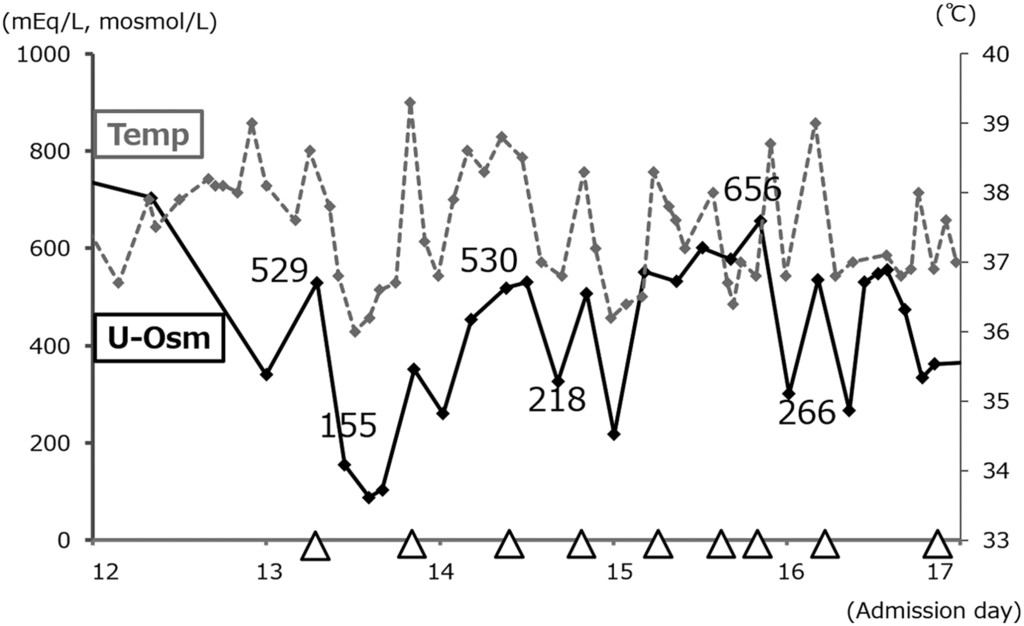 Clinical course of the patient’s urine osmolality and body temperature within the first week following the consultation. The open triangles refer to the administration of acetaminophen. 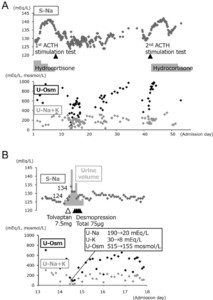 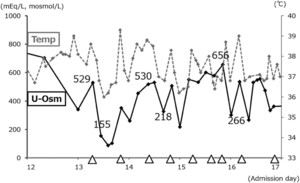